I really liked this article by John Kennedy over at Silicon Republic, and decided to reproduce it here as it’s fitting for the kickoff of 2018.

Who are the fintech start-ups in Europe worth banking on in the year ahead?

Europe is in the grip of a fintech revolution and 2018 is set to be a pivotal year, with seismic developments ranging from Brexit ructions to the onset of GDPR, the implementation of PSD2 and the ongoing evolution of blockchain-based services.

In many ways, Europe represents the perfect storm in terms of the challenges and opportunities that fintech portends.

Fintechs were once seen as a potential threat to the stability of traditional financial services but now, banks are emerging as major supporting pillars for the fintech community as the diversity of new services and apps actually dovetails nicely with banks’ strategic goals.

Everything from peer-to-peer (P2P) transfers, know your customer (KYC) and clever APIs, to open banking and the use of blockchain to sit atop banks’ legacy infrastructure and more, will bring about the biggest changes to the financial system in decades.

And start-ups are in the driving seat. Here are the ones we consider worth watching in 2018.

Advanon is an online platform for invoice-financing SMEs. The platform enables SMEs to better manage their cash flows and focus on their core business. Founded in 2015 by Philip Kornmann, Phil Lojacono and Stijn Pieper, Advanon has raised $3.9m in funding so far, including a $3.5m Series A round from Btov Partners, VI Partners and Swisscom Ventures.

Capital.com has developed a mobile trading app that uses AI to allow customers to invest in various financial instruments as well as access educational materials. Regulated by the Cyprus Securities and Exchange Commission, the company raised $25m in a Series A round led by VP Capital. 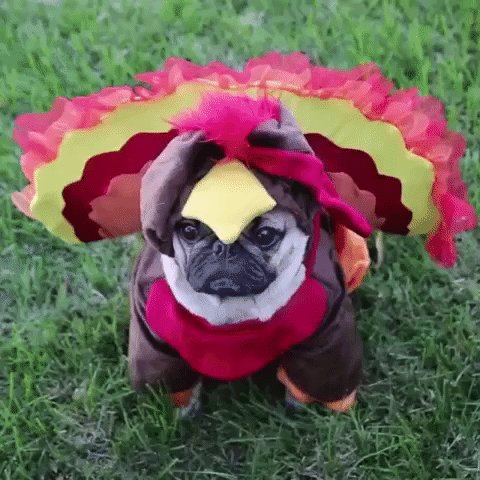 Circle is a P2P payments platform founded by Sean Neville and Jeremy Allaire. Using the technology – available as an app on iOS and Android devices or even through a Circle app for iMessage – users can send and receive P2P payments with native euro support. Circle also claims to be the first and only cross-border payments platform in the world to make it possible to beam cash from an app into a US bank account at no cost. The company has so far raised $136m in four funding rounds from 19 investors.

CurrencyFair allows individuals and businesses to exchange currencies and send funds to bank accounts worldwide. CurrencyFair was founded in 2010 by Brett Meyers and has surpassed the $1bn barrier in terms of money-matching services. Last year, it appointed a new CEO, Paul Byrne, and raised €8m in a funding round, bringing the total funding raised by CurrencyFair to €28m.

Founded in 2014, Coinify operates as a blockchain payment service provider for merchants and consumers, and it works with global payment providers, online merchants, physical shops and individuals. Last year, Coinify raised $4m in a Series A round led by SEB Venture Capital. In recent weeks, SEB teamed up with Nasdaq to trial blockchain for mutual fund trading.

Founded by Marc Murphy, Fenergo offers solutions for client life-cycle management, anti-money laundering, regulatory compliance and client data management. It announced the creation of 200 jobs in March of this year, doubling its workforce. The company has raised $80m in funding so far, including a $75m round in 2015 led by New York venture capital firm Insight Venture Partners.

Regarded as one of Europe’s most valuable fintech firms, Klarnaprovides online payment services for e-commerce sites in order to eliminate the risk for buyer and seller. Customers are only charged after receiving the product. Founded in 2005 by Sebastian Siemiatkowski, Victor Jacobsson and Niklas Adalberth, the company has raised $291.3m in six rounds from 12 investors and is valued at around $2.25bn.

Monzo has more than 20,000 current-account holders and the start-up bank has amassed something of a cult-like following in the UK, with almost 500,000 people using its distinctive hot coral cards and thousands more on the waiting list. It was founded in 2015 by Gary Dolman, Tom Blomfield, Jason Bates, Jonas Huckestein and Paul Rippon. Stripe, the payments company founded by Irish brothers Patrick and John Collison in San Francisco, joined Goodwater Capital and investor Michael Moritz (through his charitable investment vehicles) in a recent £71m investment round, joining existing investors Eileen Burbidge’s Passion Capital as well as Orange Digital Ventures and Joshua Kushner’s Thrive Capital in the round.

Founded in 2012 by Oxford graduates Husayn Kassai, Eamon Jubbawy and Ruhul Amin, Onfido has helped clients such as Morgan McKinley, JustGiving and Hassle.com to run background checks. The key strength of Onfido’s proprietary technology is that it is built using machine learning. The company, a former Siliconrepublic.com Start-up of the Week, recently raised $30m in a Series C round led by Crane Venture Partners.

Founded in 2015 by Charles Dowd and Clive Foley, Plynk offers a money-messaging app that lets phone users chat one-to-one and in groups, and send and receive money instantly from within the chats. Plynk recently completed a €25m Series A funding round led by private investment trust Suisse Privée Ltd. In October, Plynk revealed plans to create 40 new jobs in Dublin.

Receipt Bank enables accountants and bookkeepers and their SME clients to automate bookkeeping. Founded by Alexis Prenn and Alex Gayer in 2010, Receipt Bank was the first software company to automatically process information from uploaded images of receipts and invoices. The company recently raised $50m in a Series B funding round led by Insight Venture Partners.

Founded in 2015 by Nikolay Storonsky and Vlad Yatsenko, Revolut is an app-based banking alternative with a multi-currency card. An account can be created in seconds, enabling users to instantly send free money transfers in 26 currencies to banks around the globe, spend fee-free in 120 currencies with the contactless Revolut card and exchange currencies at interbank rates in the app. It also offers P2P payments and plans to get a full EU banking licence. Revolut raised $66m in a Series B round in July 2017, led by Index Ventures and existing investors Balderton Capital and Ribbit Capital. The challenger bank has also just reached the milestone of 1m customers.

Aimed at overcoming main street banks’ shortcomings when it comes to dealing with small businesses, Tide is filling the gap with a full-service current account for small business owners and has developed its own fully extensive APIs for developers to build on top of or integrate. Founded by George Bevis, Tide last year raised $2m in a seed round from Passion Capital as well as serial fintech investors Errol Damelin and Jason Goodman (founder of Albion).

TransferMate was founded in 2010 to reduce international payments costs for business customers and has since developed a wide regulatory footprint in Europe. So far, more than $10bn has been sent to more than 100 countries over the TransferMate platform. In recent weeks, AIB invested €30m in TransferMate, valuing the company at between €250m and €300m.

TransferWise was founded in 2011 by Taavet Hinrikus and Kristo Käärmann, and provides international money transfer. It recently launched a borderless account for businesses and freelancers across the US and Europe to hold money in up to 27 currencies. It plans to launch a consumer borderless account and card in 2018. Profitable since 2017, TransferWise now serves more than 2m customers and offers 750 currency routes. The company recently raised $280m in a massive Series E funding round led by Old Mutual Global Investors and IVP, valuing it at $1.6bn.

Wefox, also known as FinanceFox, is a next-generation insurance app built entirely on the Salesforce platform. It helps to connect insurance companies to their customers by combining traditional insurance business methods with cutting-edge technology. Founded in 2014, Wefox last year raised $5.5m in a round led by Salesforce Ventures, with participation from AngelList, Idinvest Partners, Seedcamp and Speedinvest.

Younited Credit wants to build the biggest crowd-lending platform in continental Europe. Currently live in Spain, France and Italy, consumers can borrow between $1,200 and $48,000 without the need to talk to a bank. So far, it has managed more than $600m in loans. Founded by Charles Egly, Geoffroy Guigou and Thomas Beylot, Younited recently raised $47.8m in a Series F funding round led by Zencap Asset Management.

Want stories like this and more direct to your inbox? Sign up for Tech Trends, Silicon Republic’s weekly digest of need-to-know tech news.

Chris Skinner is best known as an independent commentator on the financial markets through his blog, TheFinanser.com, as author of the bestselling book Digital Bank, and Chair of the European networking forum the Financial Services Club. He has been voted one of the most influential people in banking by The Financial Brand (as well as one of the best blogs), a FinTech Titan (Next Bank), one of the Fintech Leaders you need to follow (City AM, Deluxe and Jax Finance), as well as one of the Top 40 most influential people in financial technology by the Wall Street Journal’s Financial News. To learn more click here...
@Chris_Skinner
Previous Things worth reading: 5th January 2018
Next The Finanser’s Week: 25th December 2017 – 7th January 2018