Fixing our banks: now we know the answer 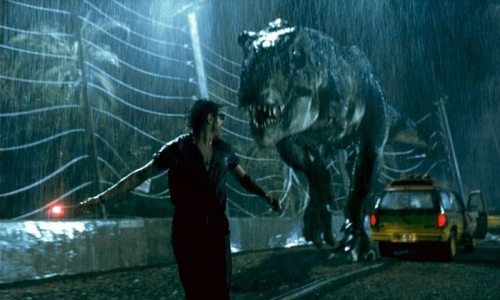 We had another round of debate about fixing the banking
system at the Financial Services Club this week (read Part One here).  This time it was the turn of the shareholder,
media and industry to air their views, ably represented by:

David kicked things off with a palpable sense of anger at
the losses he and other shareholders suffered at the hands of RBS and Lloyds.

Or was it at the hands of the government, who used these
banks as political footballs to kick about in the last few years, ignoring
those who made losses.

The room however hardened attitudes as they heard David talking.  After all, shareholders should be more aware
of their investments and keep a keener eye.

David responded valiantly, and made it clear that the
transparency of governance in banking was a key fault here.

He pointed fingers here at the regulators, with the Financial
Services Authority full of failed bankers and the Bank of England stuffed with
academics, a place for economic graduates to find a job as an economist.

Harsh words with some truth.

Nick also had harsh words, but this time for his own
profession.

He felt that journalists were neutered during this crisis
and responded incredibly poorly as investigative journalists to the issues in the
banking system.  This is because most are
just cut and paste workers, rather than people tasked with a real passion to
seek the truth.

This struck me as a little off-key, as there are plenty of
social media investigative journalists out there such as Ian Fraser, a previous
speaker at the Financial Services Club (coincidently with Nick as his co-speaker).

But then Nick was getting at the mainstream media who have
been nobbled by the Leveson inquiry,
have owners often in cahoots with bankers and politicians, and who are easily
paid off by lobbyists.

Nick felt this was therefore a failure of media in covering
the banking crisis.

Not sure myself, as banks had plenty of front page news in a
negative form over the past five years, and I’m sure they would prefer back
pages rather than front.

have written – and what I would ask you to
revise your blog entry to reflect – would be something more like this:

Finally,
Brian responded by pointing out the pejorative language which was cloaking the
fact that much constructive work was being done to change the face of banking.
There was too much talk of silver bullets rather than magic bullets (silver
bullets do one thing well – kill werewolves – while magic bullets are potent
cocktails of drugs used to alleviate the symptoms of disease).

The
first step in fixing the banks is therefore to use a magic bullet combining
three key ingredients: strengthened capital and liquidity; structural change to
protect depositors (so-called ringfencing); and recovery and resolution plans
(so-called living wills) to protect taxpayers from having to intervene in
failing banks.

But
even this is not enough if trust cannot be restored with customers. This is
what the banks are currently focused on, and it won’t be a short process.

There was then a general discussion around all of these themes, with ring fencing being a particular concern.  Many felt that, even if you do ring fence and electrify the ring fence,
things can still go wrong.  Just look at Jurassic Park …

… and living wills are another concern.

After all, living wills are similar to talking about zombie banks,
it just does not sit well with the reality of what we should be focusing upon
is getting the regulations right.

Similarly, during the Q&A, it was clear that all three
panellists felt that this crisis was a failure of effective regulation and
therefore the new climate should focus upon getting the regulation right.

That means dropping the political puff and smoke (unlikely),
ignoring the media mayhem (unlikely), getting to grips with the core essence of
the banking system (difficult) and co-ordinating a global response (impossible?).

I guess the culmination of the two nights of debate can be
summarised best for me by saying that if the culture of banks is steered towards being socially useful, then the regulatory regime should not
have to be the focus, as the industry would self-regulate towards society’s
good.

That’s where the real failure of the system occurred in the
past two decades and is where the focus of the change has to be for the next
two.