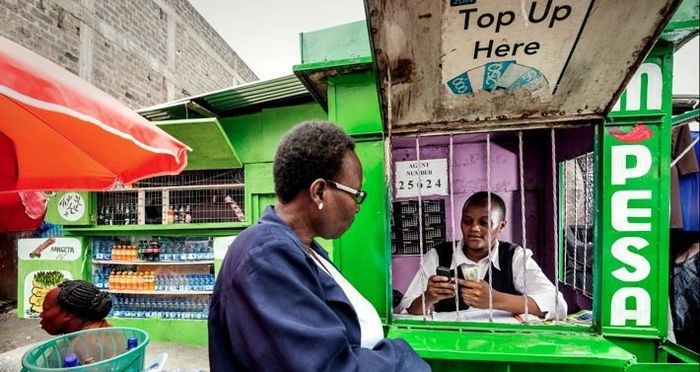 Africa shows the way to the future

I spent some time reviewing the latest news on M-PESA yesterday. M-PESA is now seven years old, and has transformed the African landscape.  Since its launch in 2007, over 18 million of the 43 million people who live in Kenya have opened an M-PESA account and access to the mobile network operator is 40 times easier than accessing a bank (there are 40 M-PESA agents for every bank branch).

In fact, these two charts give us the clearest picture.

First, the number of bank branches in Kenya has grown from a few hundred in the 1970s to almost 4,000 today. Since M-PESA launched, the number of bank account holders has actually quadrupled from 2.5 million in 2007 to over 10 million today.  That’s because people are building credit histories through the mobile network, and that network is providing incredibly easy to access as the number of M-PESA agents has exploded. This market domination of the unbanked and underbanked by the mobile operator has resulted, finally, in a bank entering the fray.  Equity Bank has now gained a mobile network licence in partnership with Airtel, and has launched competitive services to M-PESA.

Whilst M-PESA made $312 million in revenues last year, Equity Bank aims to make a dent in those revenues through better fee rates. For example, mobile money transfers will be charged at 1% and capped at KSh25, whereas M-PESA customers can pay up to KSh125 for a transaction. Equally, Equity Bank will lend money for only 1-2% interest per month compared to M-PESA’s lending product, M-Shwari, which charges 7.5%.

I guess the most interesting thing here is that the market in Kenya, and across Africa for mobile money, is maturing fast.  From something that trailblazed a new way of doing something, it is now a market which is a standard bearer for mobile everything.  Watch this space.