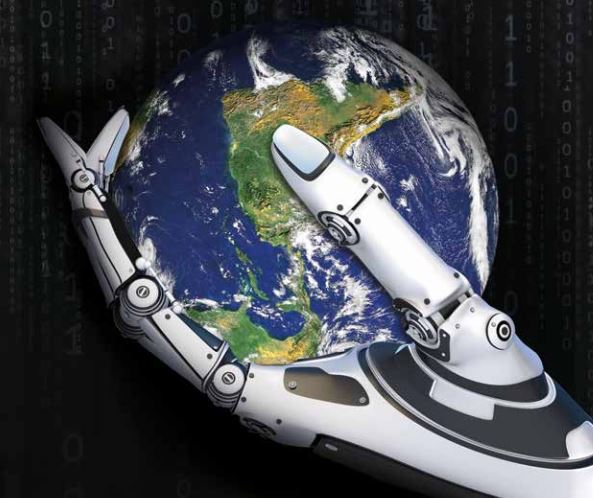 ValueWeb: Fintech is building the Internet of Value

ValueWeb: How FinTech firms are using bitcoin blockchain and mobile technologies to create the Internet of Value

After months of writing and editing, I’m delighted to say that my new book ValueWeb is now available.

“Chris Skinner - one of the most authoritative voices on Fintech anywhere - has provided us another timely and thoughtful look into the fascinating convergence of technology, e-commerce, and finance that is changing the world. Ignore these trends and the insights here at your peril.” SETH WHEELER,  FORMER SPECIAL ASSISTANT TO THE U.S. PRESIDENT FOR ECONOMIC POLICY AT THE WHITE HOUSE The book is a sequel to Digital Bank, which told the story of how a bank must change to digital structures on the internet.  The new book talks about why.

“Financial services is up for huge disruption, most importantly from the blockchain revolution.  Skinner's ValueWeb is a sweeping and well-researched analysis of the big technology trends that will shake the windows and rattle the walls of the industry.”  DON TAPSCOTT, BEST SELLING AUTHOR, most recently (with Alex Tapscott) Blockchain Revolution: How the Underlying Technology Behind Bitcoin is Changing Money, Business and the World, May 2016

The book talks about the Internet of Things.  The Internet of Things is all about machines trading with machines.  Your fridge orders groceries; your car, fuel; your television, entertainment; and so on.  However, machines cannot trade with machines if it's expensive and slow.  Would you really want your TV to order the next season of Game of Thrones, if the payment took ten days and cost $25 or more to process?  Unfortunately with the four-pillar card scheme model and the SWIFT counterparty bank system, that is the problem we face today.  As a result, we need an Internet of Value to work with the Internet of Things.  The Internet of Value, or ValueWeb for short, allows machines to trade with machines and people with people, anywhere on this planet in real-time and for free.  Using a combination of technologies from mobile devices and the bitcoin blockchain, fintech firms are building the ValueWeb.  The question then is what this means for financial institutions, governments and citizens?  This book provides the answers.

“Global payments are ripe for disruptive innovation.  Chris Skinner argues, persuasively, that the combined technologies of mobile connectivity and distributed ledgers could deliver just that disruption, for the benefits of billions of citizens.” ANDREW G HALDANE, CHIEF ECONOMIST, BANK OF ENGLAND

In a nutshell, the book sets out how mobile technologies (second chapter) combine with cryptocurrencies (third chapter) to create a real-time, almost free value (financial) exchange system.  Fintech is taking that opportunity to reinvent everything (fourth chapter) and banks are having to respond (fifth chapter).   The overwhelming response has been to leverage the by-product of cryptocurrencies, the blockchain (sixth chapter) to reinvent the bank (seventh chapter).   The last third of the book is case studies.

‘’Society is in the early stages of another financial revolution – one that is already changing the way we live and work.  This book describes the fundamentals driving the processes at play, and will be an invaluable read for all interested in the way business works.’’  SIR ROGER GIFFORD, FORMER LORD MAYOR OF LONDON AND CEO SEB UK

You can order the book on Amazon and, over the next few weeks, it will also be released on Google, Apple and other eBook stores.  The timing of the eBook releases is based upon the availability of the hardback, which is from next Tuesday in Europe and from April 7 in the USA.

“Best insight into money in the 3rd industrial revolution, aka the digital revolution, you will read.”  LAWRENCE WINTERMEYER, CEO, INNOVATE FINANCE

I’ve been pretty pleased with the early  reviews, including comments from leading bankers such as:

“Chris Skinner captures the maturing of fintech in his book, ValueWeb.  Not only does he define many of the fintech buzz words from Blockchain to Value System Integrators, he gives real examples of practical application of the concepts.  It's not surprising that he calls for innovation in traditional banking and points out the dead giveaway of anyone trying to fake it as a digital bank:  First, you don't need a cross-channel organisation in a truly digital bank, and second, you never mention channel or omnichannel in a digital bank.  He sums up what those enlightened in managing change have known all along, it all comes down to leadership.  And that's my favourited part of this book, the leaders he profiles along the way.”  DEANNA OPPENHEIMER, FORMER VICE CHAIR, GLOBAL RETAIL BANKING, BARCLAYS BANK

As well as from friends:

“A great follow-up to his best-seller Digital Bank, Chris Skinner provides an in-depth look at the exchange of value in an evolving digital universe. Through case studies, interviews and personal observations, Chris explains how the world is moving away from traditional currencies towards a ValueWeb'. This is another must-read, not only for those interested in the world of Fintech, but anyone wanting to get a glimpse of a future where monetary and non-monetary transfers occur instantaneously across mobile and digital networks.”  JIM MAROUS, THE FINANCIAL BRAND/DIGITAL BANKING REPORT

In summary, here’s the full table of contents for those interested:

If you're interested, a sample chapter is available: ValueWeb Chapter 6.

“In ValueWeb, Chris Skinner has brought to bear his long experience in financial services and technology to create a fascinating and comprehensive overview of the blurring of boundaries between them. The book describes how technology is disrupting traditional financial services by making transactions simpler and cheaper, and how banks must proactively leverage these trends to be future-ready.”  CHANDA KOCHHAR, MANAGING DIRECTOR AND CHIEF EXECUTIVE OFFICER, ICICI BANK

The book also includes a good range of interviews and case studies:

“Chris has a great eye for the case studies and practical examples of innovation that help you to really reflect on where banking is going.”  DAVID BIRCH, DIRECTOR, CONSULT HYPERION

I hope y’all like it and yes, I will be constantly talking about the book for the next month or two, so apologies.

“If I could only call one person when the FinTech apocalypse happens, Chris Skinner would be the person I would call. His huge depth of knowledge, coupled with his ability to summarise complex subjects into memorable and simple to understand chapters for this book, make it a must read for any bank wanting to know which way to dig.”  DAVID M. BREAR, CHIEF THINKER, THINK DIFFERENT GROUP