I’m regularly blogging and talking about the legacy economy known as America.  This will irritate my American colleagues, but come on, which country still issues more checks (cheques) than the rest of the world combined?  Which country took a decade longer to get Chip & PIN than most?  Which country is still struggling to work out how to make a faster payment?  And which country has zero new banks in the last decade?

America.  Land of the free, and home of the brave .. as evidenced by their choice of leadership.

Now I don’t want to get into politicks, as that’s not my job, but I do want to point to an interesting article on TechCrunch by  Nik Milanovic (@NikMilanovic) that illustrates the issue well.  Back in December, I picked up on this new Office of the Comptroller of the Currency (OCC) Ruling to issue national FinTech bank charters.  This would enable a FinTech to go through ONE regulator to get to market, rather than the 200 or more they would have go through today.

In March, the OCC issued the white paper that described in depth the application process to get a national bank charter, and we all thought it would then go ahead without a hitch.  Think again.

The OCC proposal drew over 100 comment letters after its release, and opposition became evident from multiple quarters including state regulators and the Independent Community Bankers of America.  This was followed by the Conference of State Bank Supervisors filing a lawsuit against the Comptroller’s Office over its FinTech charter proposal in April. In its complaint the organisation, which represents state banking regulators, seeks to stop the OCC from granting any FinTech charters.  The lawsuit continues a decades-long pattern of legal tension between the state bank regulatory system and the national bank regulatory system. The tension involves many facets including preemption of state laws, “wild card” statutes that permit federal powers to state banks automatically, federal adoption of state-level legal innovations, and much more.

With regard to the specific argument, rather than trying to write the whole thing again, I’m just going cut and paste the meat of Nik’s update (feel free to clickthrough to read the whole thing in depth).

An obscure regulatory debate has put the entire U.S. FinTech community on edge

As it turned out, the proposal caused a firestorm among numerous FinTech industry stakeholders. Weirdly enough, FinTech companies, which will arguably be the most impacted by the charter, have been relatively quiet. The strongly vocal opponents of the charter have been an alphabet soup of state regulators, who view this move as a broad overreach of federal authority:

The list of states goes on. It’s fair to say they feel threatened by the proposed charter’s impact on their authority. But is it just a territorial spat, a turf war over who gets to oversee the FinTech industry? Brian Knight, writing for American Banker, does an excellent job summarizing and rebutting the states’ positions: 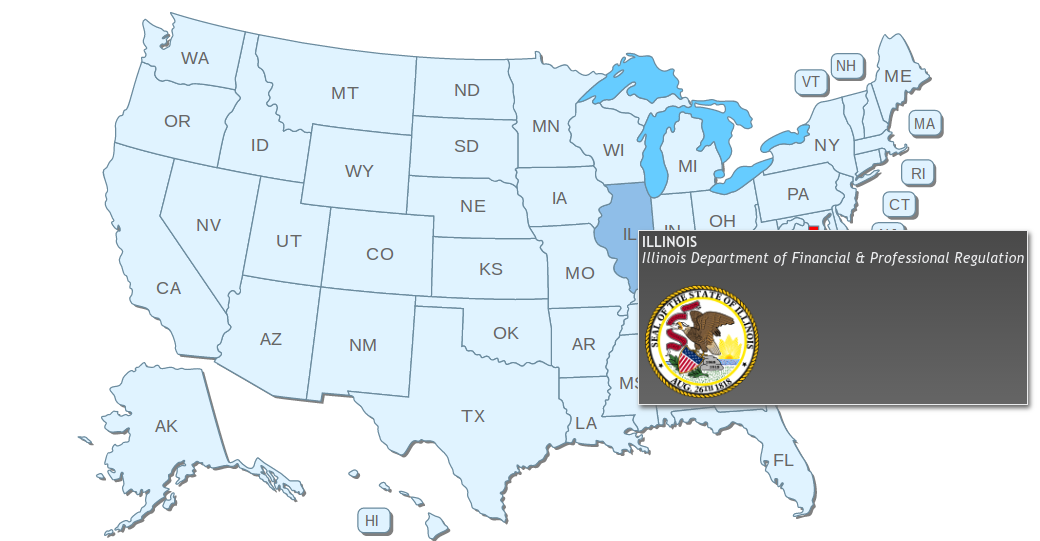 The patchwork of state regulators is so fragmented that you need a map to navigate it. Source: Faisal Khan.

Knight’s analysis exposes the states’ arguments for what they are: self-defense against a perceived territorial encroachment by the OCC. Even so, to give some credit to regulators, there are still very real reasons this charter could easily hurt the not-nascent-but-not-yet-matured FinTech sector in many ways: 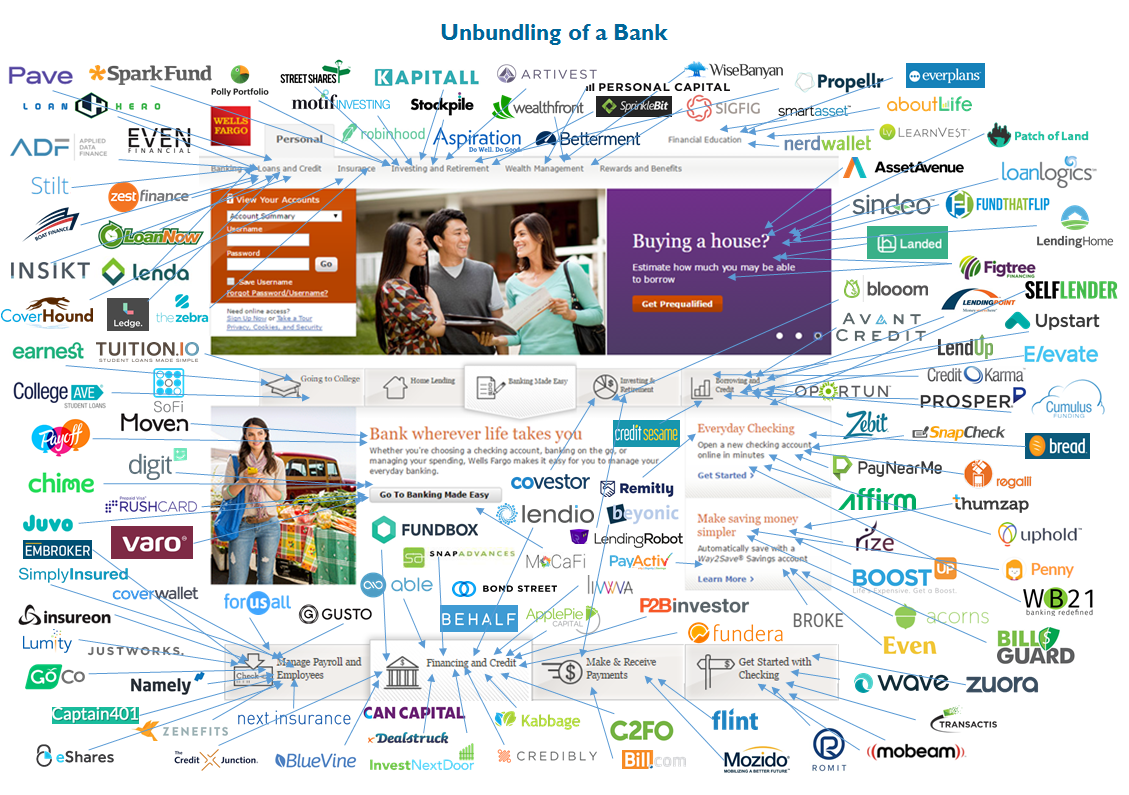 This wide variety of businesses could all be lumped together as “banks” under the OCC charter. Source: CB Insights.

Predictably, it seems national regulatory agencies such as Moody’s are in favor of the charter. Credit unions, which see the charter as a way to level the playing field with FinTechs, are also in favor. The Conference of State Bank Supervisors is against it. It seems everyone but FinTechs themselves has an opinion on the charter.

In light of all the controversy around establishing a national FinTech charter, can a compromise be reached?

The path forward: what would a good FinTech charter look like?

Despite the heated pushback against the OCC’s charter plan, there are still very good reasons for centralized, consistent and national oversight of the FinTech industry. As ex-Treasury Secretary Tim Geithner notes in Stress Test, his excellent memoir of the financial crisis, one of the reasons the Great Recession was so bad was that the “safeguards for traditional banks weren’t tough enough […] but what made our storm into a perfect storm was nonbanks behaving like banks without bank supervision or bank protections.”

If the FinTech sector continues to grow as its leaders project it to, it may one day affect the lives of most Americans. It’s important to put the guard rails in place now to make sure a systemic shock doesn’t leave those Americans footing the bill.

The OCC’s proposal is probably the wrong solution. But, contrary to Florida OFRC Commissioner Breakspear’s assertion, that does not mean the problem does not exist. By launching a discussion of a national charter, the OCC has taken an important first step.

The state-by-state system has failed us before. As Geithner notes, it “led to venue shopping and other forms of regulatory arbitrage, as well as blind-men-and-the-elephant problems where no regulator had a truly comprehensive view of an institution or the responsibility for monitoring it.” And its Balkanization impairs the kind of federal oversight needed to detect nationwide trends as they develop: credit defaults in California could affect consumers in Texas, digital currency scams in Florida could inform regulators in New York, etc…

Then what would a good set of national FinTech regulations look like?

It’s unclear whether the OCC is the best organization for the job. Many other federal organizations, such as the SEC, FINRA and the embattled CFPB, also have overlapping interests in the FinTech industry. Maybe, as Brian Knight suggests, states can take the initiative by banding together to form a set of national rules, or maybe they can work with Congress to establish a new FinTech regulator independent of the OCC. The Hill points out that one good example to follow is that of The Fed in its study of the payments industry.
At the same time, it’s notable that one of the voices least present in this debate is that of FinTechs themselves. While I won’t claim to have any more comprehensive of a perspective on the issue, my background comes from five years in the FinTech industry (since before “FinTech ” was a common phrase). I’m surprised that commentators haven’t picked up on some great guiding examples already set by the FinTech sector:

The Marketplace Lending Association and the Small Business Borrowers’ Bill of Rights are two industry organizations established for online lenders to self-regulate by adhering to high standards of transparency, fairness and consumer protection. (Full disclosure: One of the founders of these organizations is my former employer, Funding Circle.) In the U.K., online lenders (including Funding Circle) petitioned the Financial Conduct Authority to regulate the industry, which it began doing in April 2014. These examples can be instructive for U.S. regulators seeking to get their arms around the large and messy industry.
This month, Thomas J. Curry will step down from his post in charge of the OCC. The CFPB is under fire from Republicans and the Trump administration and may not survive much longer. It is unclear whether the push for federal oversight of FinTech will survive this debate or simply die out, but striking down attempts at federal regulation ends up legitimizing illegitimacy.

Like many black markets, alternative finance and shadow banking would be safer if it were brought into the light and monitored. As Geithner says, during the banking crisis, “The financial cops weren’t authorized to patrol the system’s worst neighborhoods.” We can prevent the next financial crisis today… but we need to be willing to take the first step.