Everything you need to know about bitcoin

I'm often asked how bitcoin works, where to buy them and how does it relate to blockchain and differ from ethereum, etc, etc. I was going to write a blog about it but Daniel over on Invest in blockchain beat me to it. He has also kindly let me republish his blog here, so here we go ...

What is Bitcoin? Everything You Need to Know About Bitcoin, Explained

If you’re new to cryptocurrency, your first question is probably “what is Bitcoin?”. The short answer is that Bitcoin is a cryptocurrency or digital asset made secure by cryptography. Bitcoin and most (but not all) other cryptocurrencies use blockchain technology.

This article will answer the common questions that newcomers have when first learning about Bitcoin. How do blockchains work? What makes Bitcoin valuable? What is decentralization?  What is mining? How do you buy Bitcoin? How do you safely store it? How do you send or receive Bitcoin from somebody else?

But we won’t just stop there. Once you get the basics down, we’ll also explain how hard forks work, like the one that created Bitcoin Cash. Finally, we’ll wrap up with a look towards the future of Bitcoin and how the network can potentially scale up to handle a transaction volume that’s orders of magnitude larger than it does today.

There may be blockchain-related terms in this article that you are unfamiliar with. If you come across some, don’t worry about understanding immediately. Keep reading and see if the context helps clear things up. If you want to make sure you understand everything more thoroughly, you can also refer our guides to essential blockchain and cryptocurrency terms.

A Brief Explanation of Cryptocurrency

At its most fundamental level, a cryptocurrency is simply a peer-to-peer digital payment system. Another way to say peer-to-peer is that there is no middleman – specifically banks or financial institutions – that facilitate transactions.

Now, on to Bitcoin! Let’s start from the beginning: Satoshi Nakamoto and the genesis block.

The History of Bitcoin

The Bitcoin whitepaper was published in 2008 by a pseudo-anonymous author named Satoshi Nakamoto. It was the first time ever that somebody put together the ideas of a digital currency and blockchain technology.

People have been speculating about the true identity of Nakamoto ever since. As the original Bitcoin miner, he is known to have amassed approximately 980,000 bitcoins. Those coins have remained untouched for years, and it seems likely that they will forever stay out of circulation.

Satoshi Nakamoto was last heard from way back in early 2011. Many have tried to find him since, but to no avail thus far. Even while Nakamoto’s real identity remains a mystery, his creation lives on.

Why Was Bitcoin Created?

Notably, the first block Nakamoto mined – called the genesis block – contained a message. It said, “The Times, 3 January 2009, Chancellor on brink of second bailout for bank”.

This references a news article about the government bailouts of banks during the 2008 economic recession. It is widely accepted to be a political statement by Nakamoto about the reason Bitcoin was created – to disrupt the financial institutions that have long controlled our economies and livelihoods. 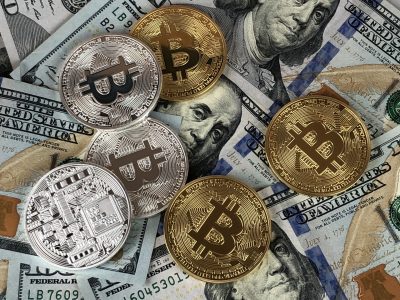 How Did Bitcoin Grow?

Bitcoin first began gaining some significant adoption in 2011. Wikileaks and other organizations began accepting Bitcoin donations, and it was mentioned occasionally in pop culture. By 2012, there were over 1,000 merchants accepting Bitcoin.

2013 saw Bitcoin starting to gain its first real mainstream attention and its price crossed the $1,000 threshold for the first time. Then, in February 2014, Mt Gox, the largest cryptocurrency exchange at the time, filed for bankruptcy after having 744,000 bitcoins stolen. Still, more and more businesses began accepting Bitcoin, including tech giants Microsoft and Dell.

By the end of 2016, there were hundreds of thousands of merchants accepting Bitcoin and the currency’s price was picking up momentum again. As you probably know, that momentum carried it to unprecedented heights, nearly reaching US$20,000 in December 2017.

Fiat currencies have been used as humanity’s primary medium of exchange for hundreds of years. For most of that time, currencies were backed by gold. However, that slowly changed during the 20th century, with many countries being forced off the gold standard as a result of the Great Depression.

That leaves the question: what are fiat currencies backed by now, if not gold?

The answer, essentially, is that currencies are backed by trust in the institutions governing them. Nowhere is this stated more clearly than with the US Dollar, which is said to be backed by the “full faith and credit” of the US Government.

Alright, let’s get back to Bitcoin. As Bitcoin isn’t backed by any other commodities, its value – like that of fiat currencies – is based on trust.

What is a Blockchain?

The innovation that makes Bitcoin possible is blockchain technology.

A blockchain is a digital ledger of information that can be easily distributed across a network. It is what makes Bitcoin accessible to anybody with internet access, anywhere in the world.

Each block in a blockchain contains data. In the case of Bitcoin’s blockchain, that data has to do with transactions. Once a block is added to the blockchain, it can never be removed or otherwise altered in any way. Bitcoin transactions, once validated, are permanent.

New transactions are processed and validated by miners. More on how mining works later.

For now, let’s focus on the benefits of blockchain that help separate cryptocurrencies from fiat currencies.

It’s a really long article with much more to read, including sections that discuss:

Daniel began his career as a mechanical engineer but has now transitioned into working full-time in the cryptocurrency space. Besides writing for Invest in Blockchain, Daniel also works on several other educational projects including Coins2Learn, a cryptocurrency market simulator platform.