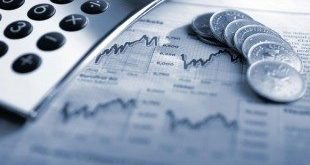 The main blog headlines this week are …

I’ve made the comment many times that it is astounding that around $2 trillion is laundered through the banks of the world each year, up from $1.6 trillion in 2009. It’s about 2.7% of global GDP and $1 in every $50 traded through our banks is …

This bridge collapse is a shocking image of legacy

I wasn’t going to post this blog but the more it sits in my head, the more I felt I had to write it. Like everyone I expect, I was really shocked by the Genoa Morandi bridge collapse that killed 43 people this month. The …

A monkey could pick stocks better than me

I got into an argument after a presentation where I said that active fund management is dead. It wasn’t the best thing to say in front of a group of active fund managers, but I can’t help myself. It’s my background in dealing with program …

I just caught a clip from the BBC about Decentraland, a virtual world where you can buy plots of land and next year become part of a virtual world. This world will be owned by its community, has no central authority, is completely decentralised and …

The major headlines this week include  …

Flaw in Fiserv banking platform exposed personal data - IT Pro
US-based financial services firm Fiserv has just fixed a flaw in its web platform that exposed the personal and financial details of a vast number of banking customers.

Deutsche Bank CEO says Europe needs 'strong banks' amid merger speculation with Commerzbank - CNBC
A tie-up between Germany's two biggest banks could be on the cards sooner rather than later, according to a report from the Financial Times.

Hackers faked Cosmos backend to hoodwink bank out of $13.5m - The Register
Security researchers have taken a deep dive into the cyber attack on the SWIFT/ATM infrastructure of Cosmos Bank, the recent victim of a $13.5m cyber-heist.

Fresh woe for Turkey as banks are downgraded - The Telegraph
Turkey's economy faces fresh challenges after 20 of its leading banks were downgraded and faith in the authorities' ability to support the lira plummeted.

Ten years after the financial crash, the timid left should be full of regrets | Larry Elliott - Guardian
Capitalism’s near-death experience with the banking crisis was a golden opportunity for progressives. But they blew it Placards are being prepared. Photo-opportunities are being organised. A list of demands is being drawn up by a coalition of pressure groups, unions and NGOs. Yes, preparations are well under way for protests

Bank of mum and dad sees average parents spending £18,000 on supporting their grown up children - The Telegraph

If you like the Finanser, check out our latest book: Digital Human