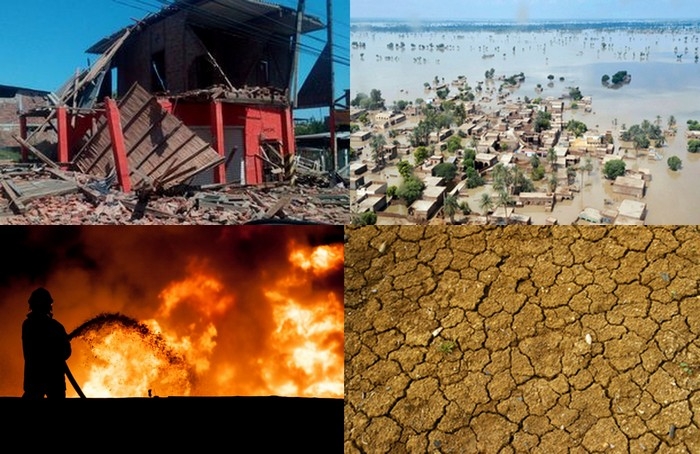 Fires to the left of me, floods to the right and here I am, stuck in the monsoon with you

I heard a statistic on the BBC that natural disasters due to weather are costing the insurance industry seven times more today than in the 1970s. Is that because people insure against such issues more today? Partly, but it’s also because there are more natural weather disasters happening. For example, take this chart from Statista:

The chart tracks the insurance losses of natural disasters between 1970 and 2017. Surprisingly, or maybe not, 16 of the 20 biggest insurance losses due to weather damage in the past half century happened between since 2000, and almost half in just the last seven years of that timeframe.

These three charts made me sit up:

Losses from weather-related secondary perils are on the rise. Climate change is a factor

Of all secondary perils, thunderstorms are responsible for most insurance losses

Damage from wildfires is rising faster than from any other secondary peril – a sign of hotter, drier weather in a changing climate

Equally interesting are these facts from Munich Re:

Nevertheless, Munich Re note that most natural disasters are not insured. In the 1970s, only a quarter of such incidents were covered. Even now, over half of these disastrous events are uninsured. So yes, we have been insuring more against climate damage, which needs to be taken into account when looking at these figures. Even so, there is a trend where there are more serious and greater impacts on cities and populations due to natural disasters than ever before. This struck me as the New York subways were flooding whilst one of my favourite places, Lake Tahoe, was burning down.

Sometimes it literally does feel like the world is coming to an end.

But it’s not. To put things in perspective, insurance losses are massive but it’s because people can insure against natural disasters when, historically, they could not. In fact, a specific get-out clause in general insurance is that there’s no payment for losses due to an act of God. Today, you can insure against an act of God, but only if you take out a specific insurance against a specific act, for example, flooding. Equally, the number of people who die from these disasters is trending downwards.

According to the World Meteorological Organization, the number of weather-related disasters to hit the world has increased five-fold over the past 50 years but the number of deaths has fallen sharply. Scientists say that climate change, more extreme weather and better reporting are behind the rise in these extreme events, but improvements to warning systems have helped limit the number of deaths. So there you go. At least there's some good news ...