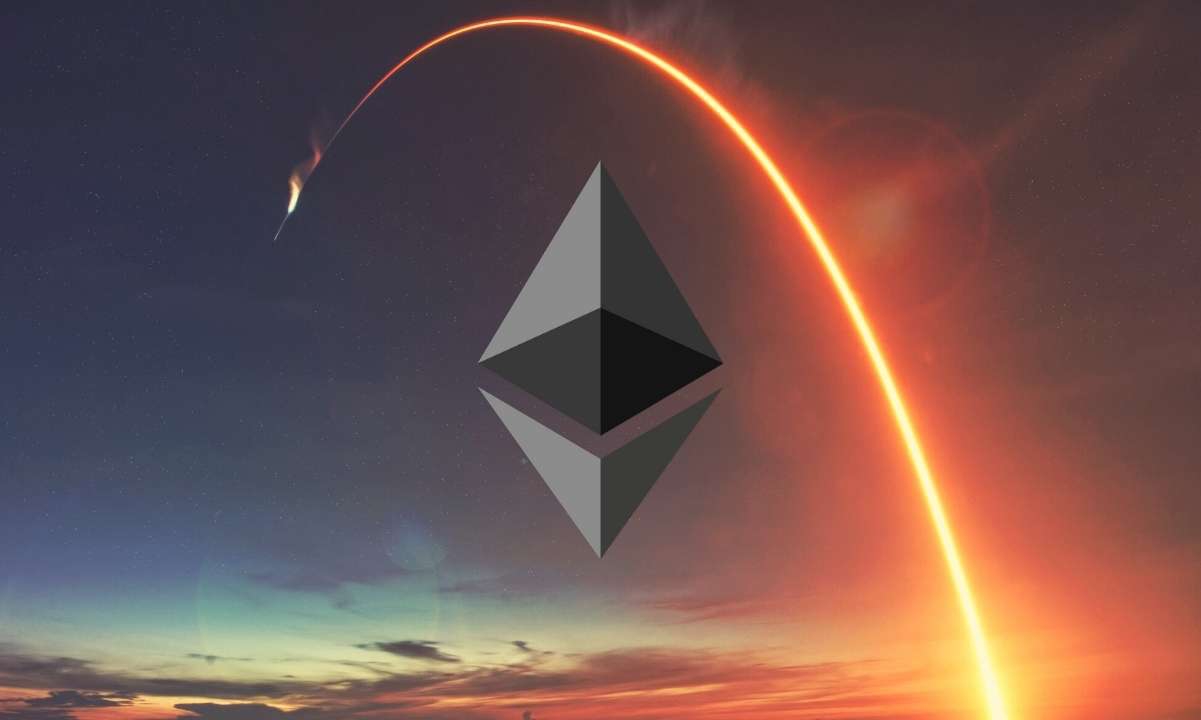 The merge, surge, verge, purge and a splurge (#ETH)

Sometime today or tomorrow, a major moment in history will happen. No, not the Queen's coffin arriving at Westminster Abbey, it's The Merge! What's The Merge? It's when Ethereum merges with Beacon Chain and moves from Proof-of-Work (PoW) to Proof-of-Stake (PoS). It’s a major move called the Merge, and sets Ethereum apart from most other crypto platforms.

They call it the merge because, for almost two years, a separate proof-of-stake blockchain, called the Beacon chain, has been whirring alongside the original Ethereum one for developers to test, improve and test again.

Why is it important? This video explains it nicely:

And the key here is that it addresses mining issues related to the climate emergency. If you’ve heard of bitcoin being a climate destroyer, that’s because PoW requires proving you mined the coins; PoS doesn’t.

As I blogged a while ago:

Original source: Investopedia and, if more clarification is needed, checkout this Economist article, this Coin Market Cap insight, and there is even more in Forbes,  The Financial Times and The Guardian.

Edward Machin, a senior lawyer in Ropes & Gray, describes this as “like changing the engines on a plane whilst flying it”. Where have I heard that before?

The big thing about PoW versus PoS is energy usage. As The Economist points out, it makes a big difference when the merge happens.

Added to which, due to the fossil-fuel guzzling nature of PoW currencies, the EU thought about banning them which makes this a key change (when push came to shove, the EU didn’t ban them).

Following a call for a ban earlier this year on proof-of-work crypto mining (which would have effectively meant a ban on cryptocurrencies such as Bitcoin which rely on proof-of-work consensus mechanism), this ultimately did not receive sufficient support in the co-legislators.

It is clear however that PoS is more climate-friendly than PoW, which is why I’m guessing the youthful Vitalik Buterin determined this major change to the platform. Many thought this would result in a massive surge in value for the Ethereum coin, ETH. That hasn’t happened because, imho, the price of ETH is tied to the price of BTC (bitcoin), but the change in structure is important.

“The Merge will not be implemented at a specific date or block but rather by Terminal Total Difficulty (TTD) which was defined by the Ethereum Foundation to be 58750000000000000000.” Carl Anderson, VP Engineering B2C at Ledger

At the time of writing, and with the current hashrate, The Merge should happen on September 14th.

Meanwhile, we have The Merge, but have you heard about The Surge, The Verge, The Purge and a Splurge? If not, keep up.

In a presentation at the French  Ethereum Community Conference in July, keynote Vitalik Buterin made clear that Ethereum is only 40% finished. There’s a lot more to go, and that’s what The Surge, The Verge, The Purge and a Splurge is all about.

The Surge refers to the addition of Ethereum sharding, a scaling solution which the Ethereum Foundation claims will further enable cheap layer-2 blockchains, lower the cost of rollups or bundled transactions, and make it easier for users to operate nodes that secure the Ethereum network.

The Verge will implement “Verkle trees” (a type of mathematical proof) and “stateless clients.” These technical upgrades will allow users to become network validators without having to store extensive amounts of data on their machines.

The Purge will cut down the amount of space required to store ETH on a hard drive, trying to simplify the Ethereum protocol and not requiring nodes to store history.

Thanks to Decrypt for the reportage. Meanwhile, it shows how behind this you might be as there’s even a song about the merge, surge, verge, purge and a splurge.

* what's the panda about? It's based on a meme created by Hsiao Wei Wang, an Ethereum researcher, showing two bears - one black and one white - doing the “fusion dance” from Dragon Ball z, a popular anime show. In the show the dance fuses two creatures into a single, stronger one. The panda—a combination of the two bears—has since become a symbol for “the merge”.