How do governments regulate a networked world? 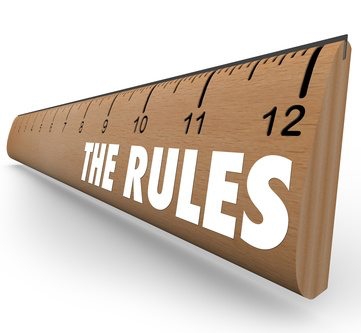 Following on from yesterday's blog about Little Britain and a hard Brexit, we all know the world has been globalising and, even though there is currently a backlash against globalisation per se, it is unstoppable.  It is unstoppable primarily because of technology.  The whole planet is now on the network.  Seven billion people have access to a mobile telephone and, therefore, the network.  Access to the network is a basic human right, and all the good for it.

So far so good.

But then a key question crops up regularly in my debates and discussions: how do you regulate a global network?  Where you have a world connected, how does the world regulate that connection?  If there are no borders, what do you do?

To be honest, I have no good answer for this yet, and it worries me.  It’s the question that cropped up when the libertarians say we’ve democratised money and created a world without government.  They believe the network is self-regulating.  I do not.

Now these things take place already.  Drug running, money laundering, terrorist funding and more happens whether the network is there or not.  It’s down to the police and government to track and trace these people, we hope.  But tracking and tracing people when they are in a physical network is a darn sight easier than when they are connecting digitally.

We saw this with The Silk Road, and it was only arrogance that got that one caught.  There’s many Silk Roads out there on the Dark Net right now, and how to regulate them is the government’s dilemma.

This is in fact, the fundamental shift from the third age of money to the fourth age, as I blogged about a while ago in the five revolutions of humanity:

The key thing I’ve realised since I wrote those blogs in March is that each revolution in humanity is caused by a fundamental shift in the way we live.  In the first age, we lived in small colonies of hundreds and were ruled by our shared beliefs which, over time, became religions.  The second age saw us move into colonies of 1000’s in ancient civilisations, and caused the owners of the shared beliefs – the priests – to invent money as a control mechanism.  The third age saw us colonise the world, and urbanisation became the mantra of the industrial age.  Large cities of millions emerged and we connected across continents.  Nevertheless, moving across continents was still limited by the infrastructure as moving from here to the other side of the world took time and, more fundamentally, why would you want to do that?

That’s all change in the fourth revolution of humankind.  Now that we are all connected in real-time globally through the network, we all want to do things globally and, for the most part, that’s pretty easy to do.  Anywhere in the world can be reached in less than a day’s travel.  Not just that, but every citizen of the world is getting networked, so they can find relationships whether those relationships be with the girl next door or the guy-in-the-other-hemisphere.

How can governments regulate that world?  How can an insular government stop the guy-in-the-other-hemisphere coming over here or vice versa?  Border controls to limit physical movements of goods, services, people and capital?  Sure, but the guy-in-the-other-hemisphere will still be able to talk, transact and create relationships over here through the network regardless.

In fact, this is where I divorce myself from being British.  Under Theresa May’s new government, I am no longer British.   In her Tory party conference speech, our Prime Minister ­made the following statement: “If you believe you are a citizen of the world, you are a citizen of nowhere. You don't understand what citizenship means.”

Well up yours, my Right Honourable Friend, as that Little Britain Xenophobic mentality is not the way we think today.  I am a citizen of the world, connected to the world through social media.  Some of my best friends I’ve never met.  So when we talk about border controls and walls, I personally believe we are talking a bygone era that the governments have slept walked into and are now madly scrambling to get out of.

We live in a planet of seven billion humans.  Every single one of those humans can talk, teach, transact, trade and yes, even terrorise, through the network.  Does that mean we shut the network down?  No.  Does that mean governments can control the network?  No.  So what does it mean?  We are yet to find out, but colonial bigotries and petty government is no part of it.

Oh shoot.  I just got myself into a political knicker-twist.  Time to move on … meantime, if anyone does have a good idea about how to regulate a globally democratised network, I’d love to hear it.